Alhambra – From Sultan’s Palace to Legend

It nestles at the foot of the Sierra Nevada, in front of the expansive plain that is the Vega de Granada – illustriously raised on a hilltop: the Alhambra.

It was here that the Nasrid dynasty wrote the last chapter in the history of Muslim al-Andalus. High above Granada, they built a palace city without parallel across the world. Then came the Catholic Kings: They conquered the last Moorish empire in the year 1492 and immortalised their symbols of victory in the Alhambra. But the palaces of the Nasrids were later forgotten. It wasn’t until the 19th century that the interest of Europe and America was reignited by the stories of the Romantics – and the ensuing restoration saved the buildlings for future generations. Today, the Alhambra is one of the world’s most popular cultural sites – a place where history comes alive. 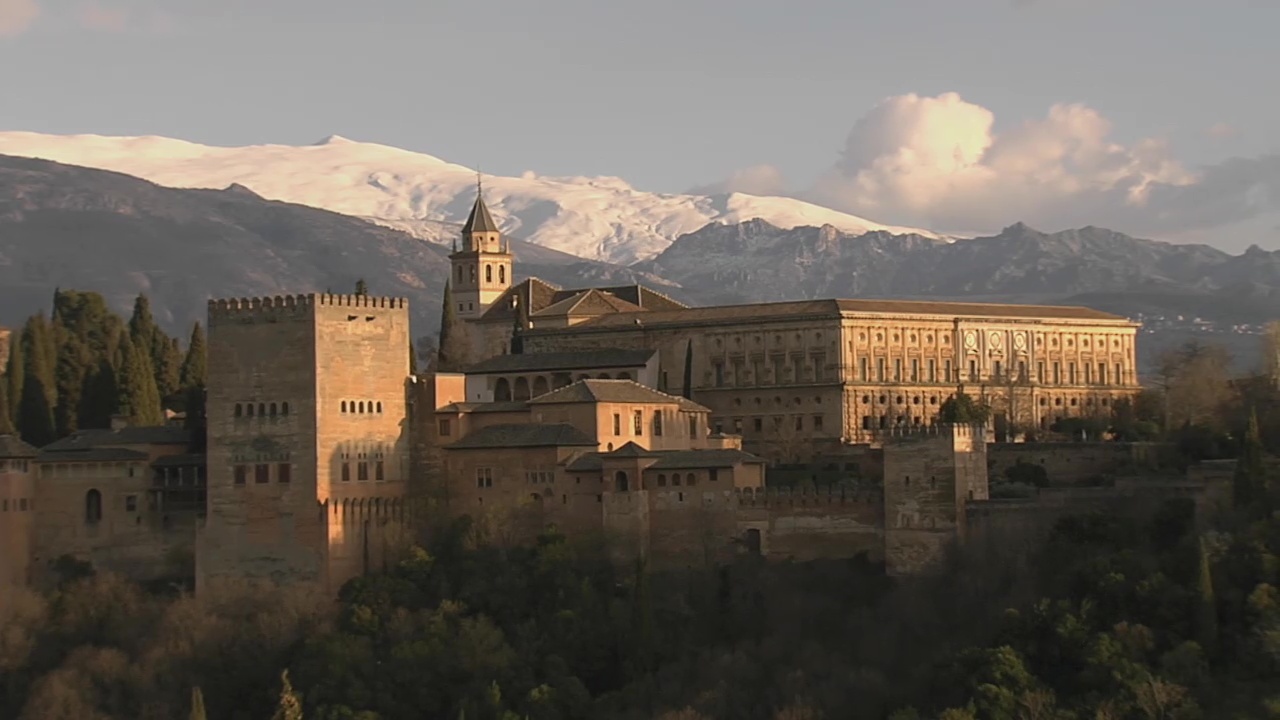 The Muslim conquest of the Iberian Peninsula began in the year 711. With a force of just 7,000, Arabs from North Africa sailed to Gibraltar – and defeated the ruling Visigoths. A momentous victory for Islam. The new empire extended from the Atlantic to the Pyrenees: al-Andalus.

For a long time its capital was Cordoba – but Islamic Andalusia was divided up into small realms in the 11th and 12th centuries. The Muslims lost large swathes of their territory when it was overrun by the Reconquista, or reconquest by the Christians. The days of Islam appeared to be numbered.

That is until Muhammad Ibn Nasr succeeded in consolidating forces in the midst of the chaos. During Ramadan in the year 1238, he triumphantly marched into the city of Granada. As Muhammad I., he declared himself the first Sultan of the emirate – the Nasrid empire was born.

In what was a clever ploy, Muhammad allied himself with his enemy. Granada became the vassal state of Ferdinand III., the Christian King of Castile. But Muhammad Ibn Nasr became the founder of a dynasty. The Nasrids would govern the new emirate for two-and-a-half centuries.

For strategic reasons, the establishment of the kingdom had to be followed up by the construction of a new fortress. "Al-hamra" means ‘the red one’ in Arabic. Arab sources dating as far back as the 9th century contain mention of a “red castle”, in reference to the colour of its brickearth walls.

Muhammad erected the Alcazaba, or citadel, on the foundations of its defensive walls. The ground plan is a simple triangular shape. Over the course of 200 years, the site grew into a huge compound – extending over an area of 10 hectares, harmoniously embedded in its surroundings between the foothills of the Sierra Nevada and the Darro and Genil rivers.

"The Alhambra citadel, crowning glory of the royal court with its white battlements, its sky-high towers and soaring palaces, that bedazzle the eyes and cast the senses into a state of amazement. There is not one spot here that is without green courtyards, without gardens with fruits and flowers."

Lines penned by the famous Ibn al-Jatib, poet to the Nasrid court. 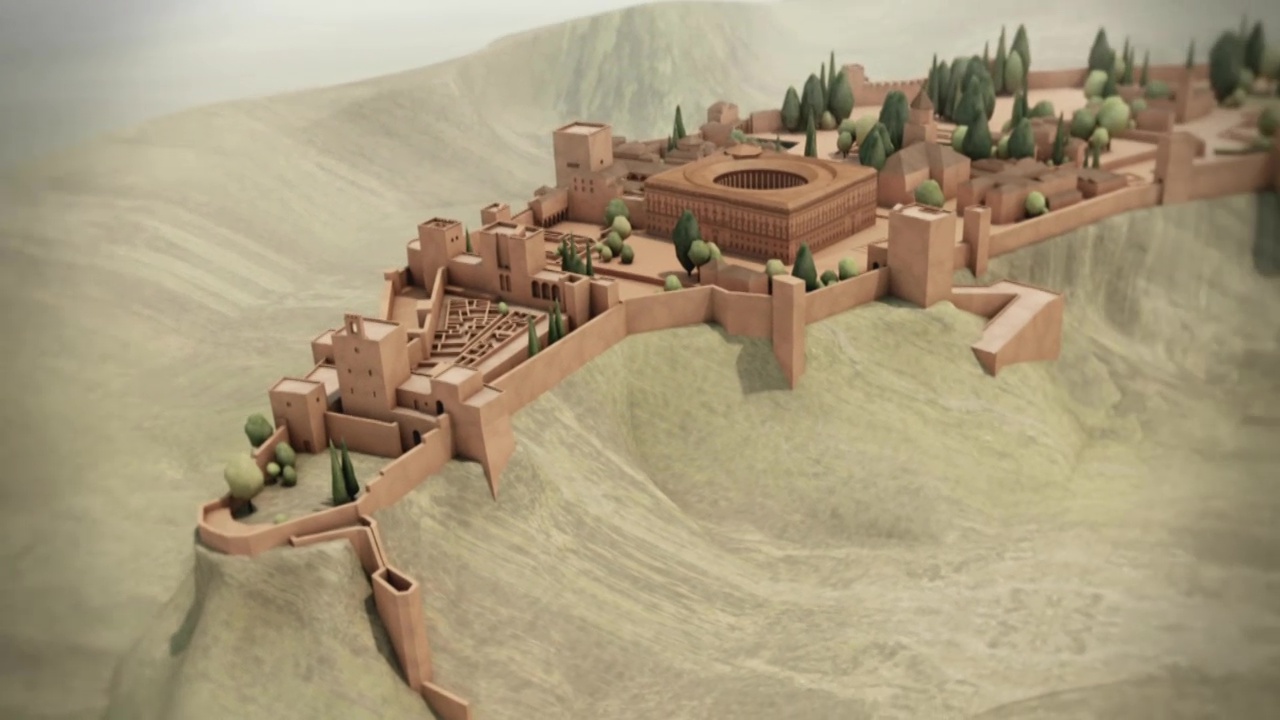 The Alhambra is at once a castle, a sultan’s palace and a city. Everything is secured by the external fortress ring with its towers. The palace guard and the soldiers lived within the walls in small houses. Just next door – the hammam.

Crenels, winding battlement walkways and towers – the citadel was well-fortified. But in actual fact, the stability of the Nasrid empire was more to do with cunning diplomacy: a perpetual balancing act between conquest and forging pacts.

Over the centuries, the fortunes of the emirate were determined by 24 Sultans. And in the course of the 14th century, the most famous among them built residential and government buildings that are without parallel throughout the world: the Nasrid Palaces. Viewed from the outside, the Alhambra is a compound with bare walls. The true extent of its luxury is only evident within.

"The Alhambra never fails to surprise. It might be a particular perspective from a particular viewpoint. Or how a room has been conceived, what purpose it served. Or perhaps the sophistication of certain decorative features of the Alhambra, their exquisiteness, their utter refinement and the ingenuity of their diversity."