Iberians, Celts, Phoenicians, and Greeks settled here. Starting from about 200 BCE the province of Hispania was to remain a part of the Roman Empire for 600 years until Germanic tribes invaded in the 5th century CE. From 711, Muslims from North Africa swiftly conquered most of the peninsula. Their realm, called Al-Andalus, developed a unique and diverse culture through the exchange between Muslims, Christians, and Jews.

A little over 1,000 years ago, Cordoba was the richest and most sophisticated city in Europe. Yet, over the next centuries the Christian rulers of kingdoms in the North gradually re-conquered the peninsula. In 1492 the united kingdoms of Castile and Aragon conquered the last Muslim Emirate of Granada, ending 781 years of Islamic rule in Iberia. In the same year, Christopher Columbus arrived on the continent later to be named America. His expedition marked the beginning of the Spanish Golden Age.

Throughout the 16th and 17th centuries, Spain was Europe's leading power. In the 18th century, however, it went into slow decline, and by the end of the 19th century, it had lost most of its colonies. In the beginning of the 20th century, Spain was a short-lived republic that ended in civil war, followed by decades of dictatorship under General Franco. After his death in 1975, Spain became a parliamentary democracy with a constitutional monarchy.

Spain has it all: The hiking trails, the beaches, and just the good life. Enjoy the accessable beautiful inner courtyards of private houses in Andalusia, the many music and other festivals, local Bodegas or wine bars where drinks are accompanied by exquisite tapas.

The Splendour of Islamic Culture: The Alhambra in Granada 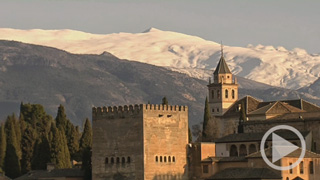 From the Umayyad, or „Moorish“ conquest of the Iberian Peninsula to the heyday of the last Muslim Emirate of Granada: the roots of the Alhambra – city of kings, fortified castle, and most of all splendid palace for the Emirs of the Nasrid dynasty.
05:57 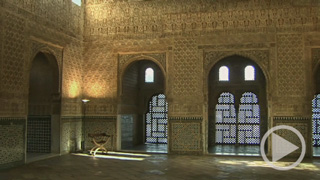 A tour of Mexuar, Comares, and the Palace of the Lions with their interiors of unequalled splendor. What do the countless inscriptions on the walls say? Plus stories of the Sultans‘ lives between fine arts and murder – including a cold-blooded massacre...
20:29 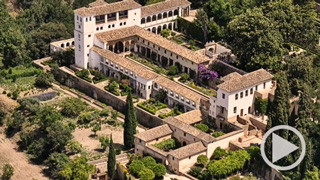 Paradise on Earth: the gardens are part of the architecture, as much spritual symbols as places of luxury and relaxation. The Generalife is both country estate and summer palace, the water everywhere is both religious symbol and clever air conditioning.
11:58

A Millenium of Catalan Culture: The MNAC in Barcelona 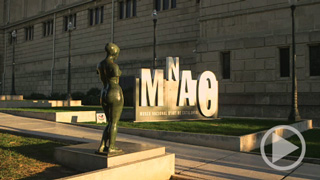 History of the Museum

The history of the National Art Museum or MNAC is rooted in the Renaixença, or revival of Catalan culture. It had declined following the Nueva Planta decrees that ended the autonomy of Catalonia. But in the 19th century, Barcelona saw a huge boom…
05:39 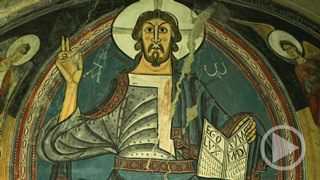 In the early 12th century, humble churches in remote villages of the Pyrenees were magnificently decorated. Today, frescoes from the Vall de Boí, Taüll and the Pedret circle are among the most astounding examples of Romanesque art in all of Europe…
26:19 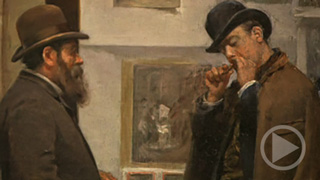 The Age of Modernity

With the boom of the 19th century in Barcelona the arts flourished. The MNAC shows some of the most beautiful examples of Modern style, or Modernisme; works by architects like Domènech, Puig or Antoni Gaudí, and painters like Casas and Rusiñol.
35:57